If you have been injured in an accident, we have experience understanding the technicalities and nuances of insurance law. We’ll help you seek the financial compensation you deserve for your injuries. 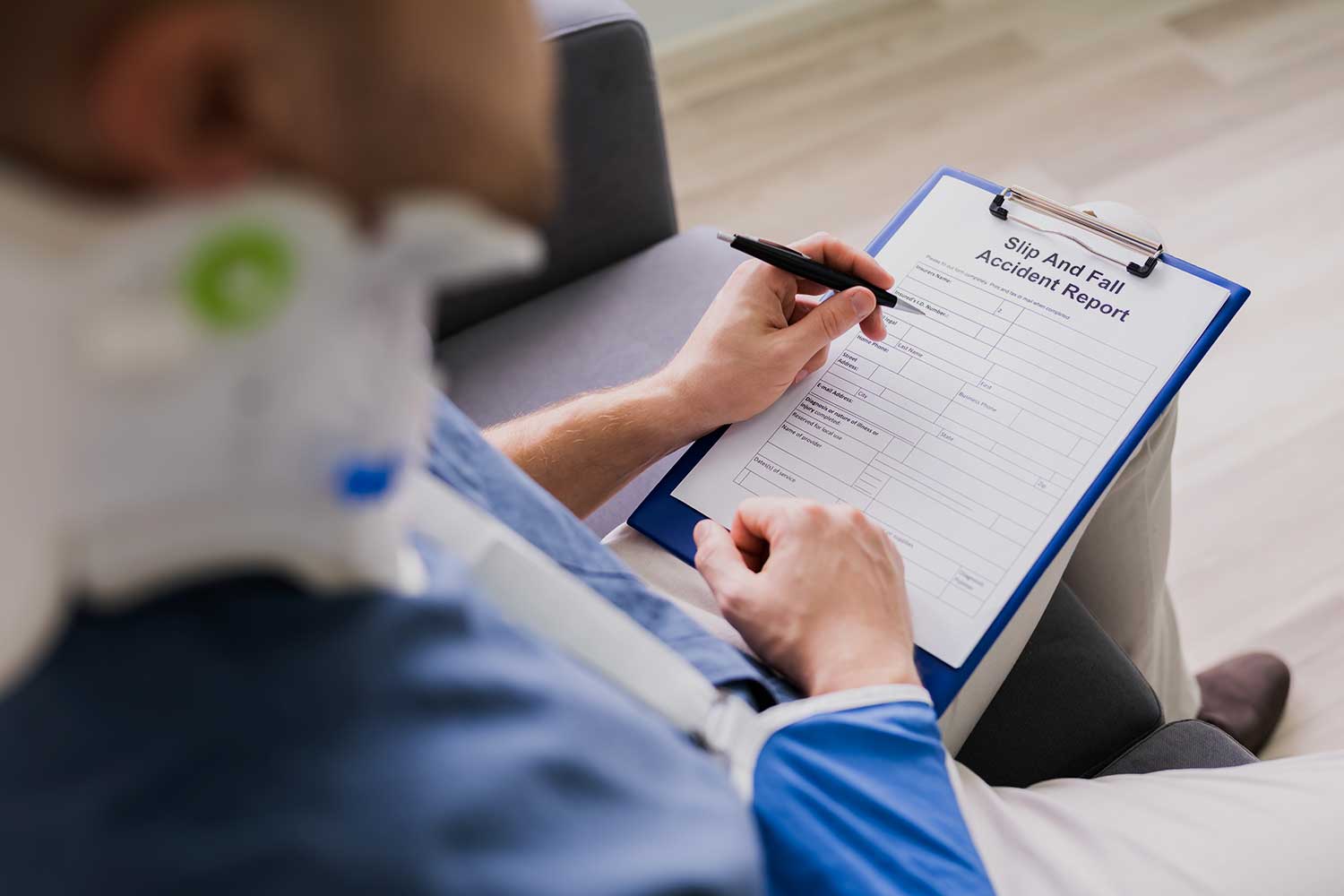 If you suffered an injury due to a property owners’ negligence, we’ll fight to protect your rights. Businesses and homeowners are responsible for ensuring their property is safe and free of hazards. 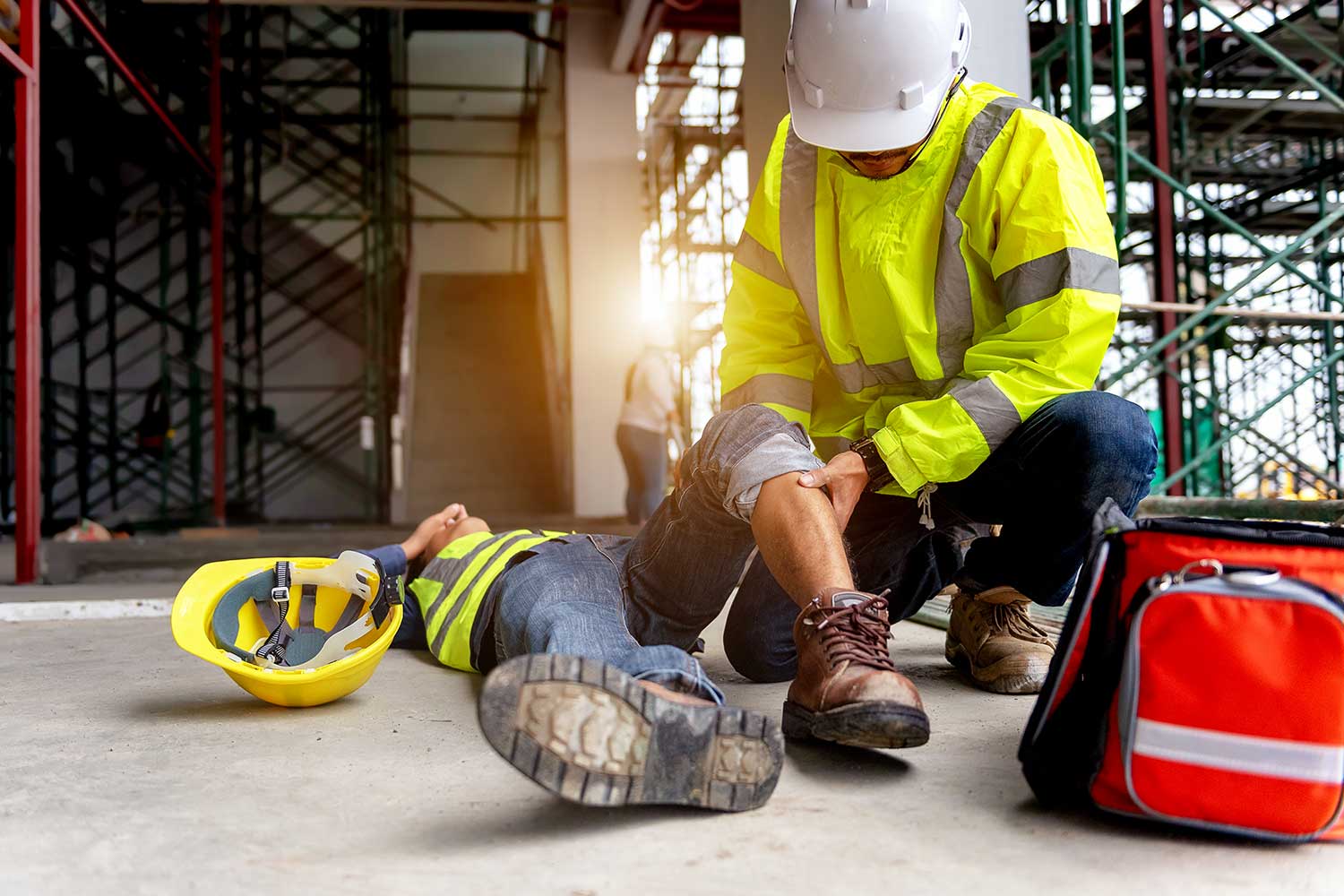 Injured On The Job?

Were here to assist you with all type of workplace injury claims. Our legal team will help you get the maximum compensation your entitled to for any medical expenses and time off from work that you may endure. 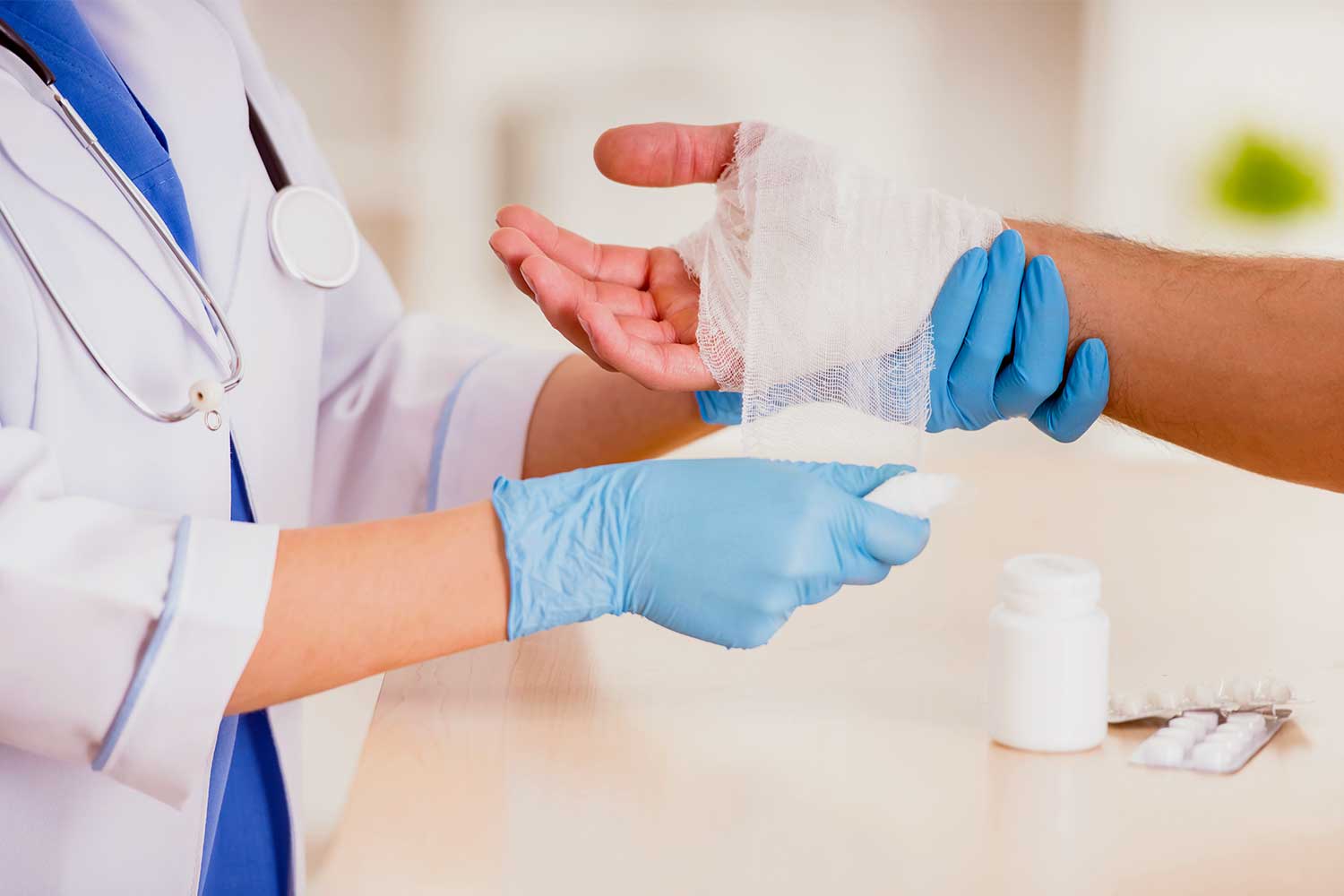 Injuries From a Dog Bite?

If you’ve experienced a serious injury after being bit by a dog, contact us right away. We know how to handle these types of claims which need to be investigated properly in a timely manner.

For over twenty years, the attorneys at Schatz, Steinberg & Klayman have been helping their clients get the justice they deserve in the PA & NJ areas.

$1,300,000.00 for a passenger in a ride share vehicle in Philadelphia who was injured when the car he was in was struck, flipped, and hit the median resulting in serious scarring, broken bones, and surgery

$1,015,000.00 for a motorcyclist in Bucks County, Pennsylvania involved in an intersectional collision resulting in broken bones and hip surgery

$1,000,000.00 for passenger of a ride share who suffered severe abdominal injuries requiring surgeries as a result of a single-vehicle collision

$975,000.00 for Montgomery County mother who suffered neck and back injuries requiring surgery as a result of being rear-ended

$850,000.00 for two co-workers rear-ended while returning from a work event causing neck and back injuries

$825,000.00 for landscaper who suffered low back injuries requiring surgery after his truck was struck by a passenger vehicle

$750,000.00 for an operator of a scooter struck by a paratransit vehicle causing severe leg injuries and multiple surgeries

$750,000.00 for the death of individual due to negligent security of a premises

$650,000.00 for injured insurance executive who slipped coming out of elevator on a wet floor causing multiple injuries to his neck, knee and shoulder

$600,000.00 for an elderly man in Philadelphia who was physically and emotionally abused by an in-home caretaker employed by a company who ignored his complaints and pleas for help

$500,000.00 to a young girl in Delaware County, Pennsylvania who was struck as a pedestrian crossing the street by a drunk driver resulting in her suffering torn ligaments in her knee

$435,000.00 for executive who slipped and fell on water in the men’s room resulting in a concussion and shoulder injury

$425,000.00 for a man who slipped and fell in a movie theater in Philadelphia suffering serious injuries to his leg and knee requiring multiple surgeries

$350,000.00 for man rear-ended by a tractor trailer causing aggravation of preexisting neck injuries

$315,000.00 paid by the employer of a driver who seriously injured a commercial driver’s leg despite arguing that their driver was not “on the clock”

$280,000.00 for a single mother who suffered burns to her stomach after a negligently-performed spa procedure

$287,500.00 for a child that darted out in front of a school bus on a red light sustaining a leg fracture and scarring

$250,000.00 for a motorcyclist who suffered a urologic injury and whiplash after being struck in an intersection

$180,000.00 for an individual falling in a hole requiring surgery to his broken ankle

$120,000.00 for an individual falling on a grape a retail establishment

$110,000.00 for a rideshare operator injured in a motor vehicle accident

"My family and I have worked with Steve with great success. Anytime we ever needed him, he was there for us. He is practically family now. Great guy, great lawyer."

"I was involved in a slip and fall and reached out to Attorney Klayman for representation. Dana fought to get me the settlement that she thought that I deserved. She was sympathetic to my needs and a pleasure to deal with. I got a very nice settlement thanks to Dana. I would highly recommend her and her firm!"

"Dana helped me a lot and always returned all of my calls quickly. She is very nice and professional. I recommend her to my family and friends."

Justin listened to my concerns and always treated me with dignity and respect. He pursued the case for over a year and made sure I was ok every step of the way. His knowledge of the law is remarkable. In the end, I did win my case and Justin made sure the person was held accountable for their negligence.

“Sean stayed in touch with me every step of the way during my case. He was very responsive to emails and calls and he got back to me when he said he would. Sean has gone above and beyond for me.”

“Very professional, attentive and always answered my calls and my questions. Sean is very easy to talk to. I would go to him in the future if needed. He got me more than I thought I would get, and I am super happy with my results. Sean always kept me updated I'll recommend him to my friends and family. Thank you so much Sean!

"Jonathan is the perfect lawyer for anyone’s case. He always kept me informed. I will recommend him to everyone I come across who needs legal advice. My case was done right and very quickly."

“I reached out to Justin for a case that I had but I wasn’t too sure how it was going to go. Justin immediately broke down the steps to me and he gave me peace of mind about the entire case. Less than 24 hours later Justin got back to me about the case with so many factual details that I was amazed at the information he obtained. He was very specific and right to the point; I really couldn’t have gotten through this frightening time without Justin Capek.”

“Jonathan worked in a timely manner. Even during the pandemic, he still worked diligently on my case. He was precise on his call times; document requests and paperwork were signed on time with no delays. He is the greatest of all time in my book!”

“The services were exceptional. From the beginning of my contact with Attorney Fulmer, whenever I had questions or inquiries, I got answers. I will not hesitate to hire or recommend him again in the future should the need be.”

For the legal assistance you need, you can count on Schatz, Steinberg & Klayman. Fill out the form below to request a free consultation.