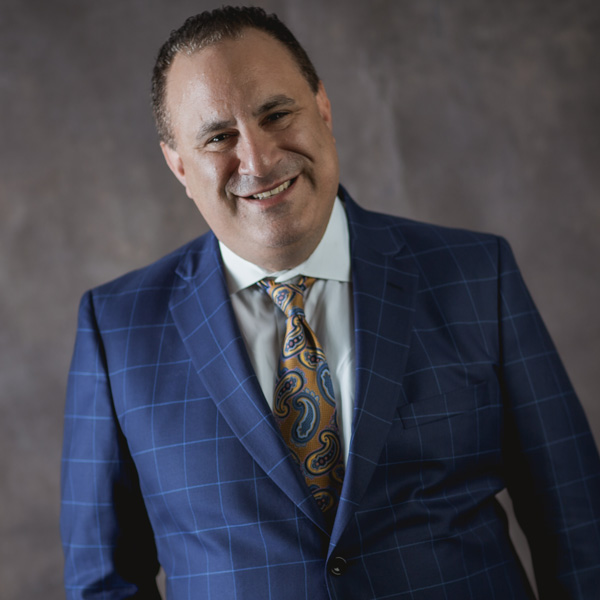 Mr. Schatz is committed to obtaining the best results for his clients and ensuring that their best interests remain paramount. His unwavering commitment is evidenced by the strong relationships he fosters with his clients and his willingness to help them with any legal issues they encounter.

Mr. Schatz has been recognized by his peers in the Bar and on the Bench for excellence in legal practice and professional achievement. He has been named a Pennsylvania Super Lawyer in 2014, 2015 and 2016; a Pennsylvania Super Lawyer Rising Star in 2010, 2011 and 2012, and a New Jersey Super Lawyer Rising Star in 2013. Super Lawyers represent no more than five percent of lawyers in the state and are selected from a pool of peer candidates who are rated by peers on 12 indicators of excellence and achievement. Only those with the highest ratings in each area of law are selected and designated Super Lawyers.

Mr. Schatz successfully handles hundreds of cases each year. He has an impressive track record of obtaining awards and negotiating settlements on behalf of his clients. 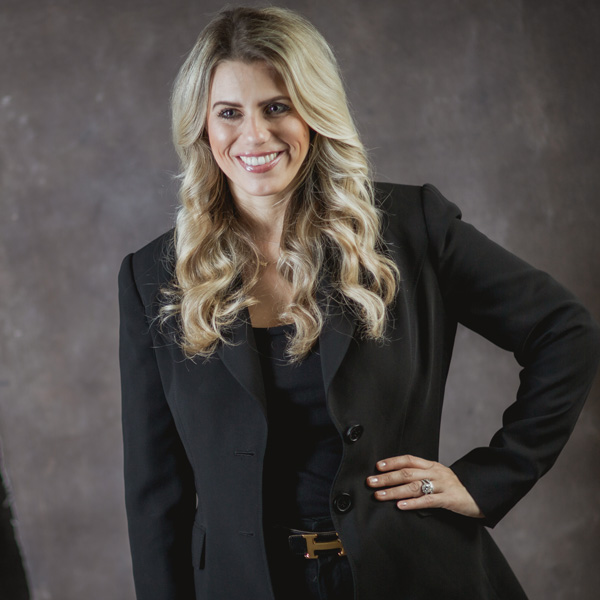 Dana Klayman Weitz is an energetic trial lawyer focusing on all aspects of personal injury, medical / dental malpractice and nursing home neglect litigation. She is licensed to practice in Pennsylvania and New Jersey, as well as in the U.S. District Court for the Eastern District of Pennsylvania and the District of New Jersey.

Ms. Weitz graduated from Villanova University in 2004. She attended Widener University School of Law and earned her Juris Doctor in 2007.

At Widener, Ms. Weitz was an Executive Board Member of the Moe Levine Trial Advocacy Honor Society, a very prestigious organization dedicated to the advancement of litigation skills through education, workshops and highly regarded interscholastic trial competitions. Membership is by invitation only and is reserved for law students who have demonstrated exceptional discipline, dedication, and the ability to master litigation skills.

Dana has continued to gain recognition in practice. She was featured in “Top Verdicts of 2011” for her role in negotiating one of the largest settlements in Pennsylvania for her client injured in a motor vehicle accident, and again in “Top Verdicts of 2014” for obtaining one of the largest trip and fall settlements in the Commonwealth of Pennsylvania. Several other verdicts and settlements were featured in Verdict Search, The Legal Intelligencer, and one of her notable cases was headlined in a Courthouse News Service article.

Ms. Weitz was named a Pennsylvania Super Lawyers Rising Star in 2012, 2013, 2014, 2015 and 2016, 2017, 2018, 2019 and 2020. Super Lawyers Rising Stars represent no more than 2.5 percent of lawyers in the state and are selected from a pool of candidates recognized by peers for excellence in legal practice and professional achievement. In addition, she was nominated for membership in the Million Dollar Advocates forum in 2013 and 2014. In 2015, she was named “Top 40 Under 40” by the American Society for Legal Advocates and has been offered admission into other “Top 40 Under 40” legal associations.

Dana’s commitment to the legal system and the rights of her clients extend to her interests outside of work. As a teenager, she assisted with various state and local political campaigns and served as her neighborhood’s election inspector as soon as she was able to vote. Since 2011, she has served on the Board of Governors of the Pennsylvania Association of Justice, an organization dedicated to best practices in legal representation and to upholding the principles of Pennsylvania’s trial advocacy system. Dana is also a member of the Lawyers’ Club of Philadelphia, a prestigious organization that unites members of the Bench and Bar and requires sponsorship to join. Dana is also a member of The Philadelphia Trial Lawyers Association and the Pennsylvania and Philadelphia Bar Associations.

In addition to practicing law, Dana can be found serving as a certified arbitrator and Judge Pro Tempore in the Court of Common Pleas of Philadelphia as well as often presenting at legal education seminars to fellow lawyers in the areas of motor vehicle and premises liability as well as civil procedure and evidence.

Dana was a lifelong resident of Philadelphia and recently moved to Cherry Hill, New Jersey where she lives with her family. 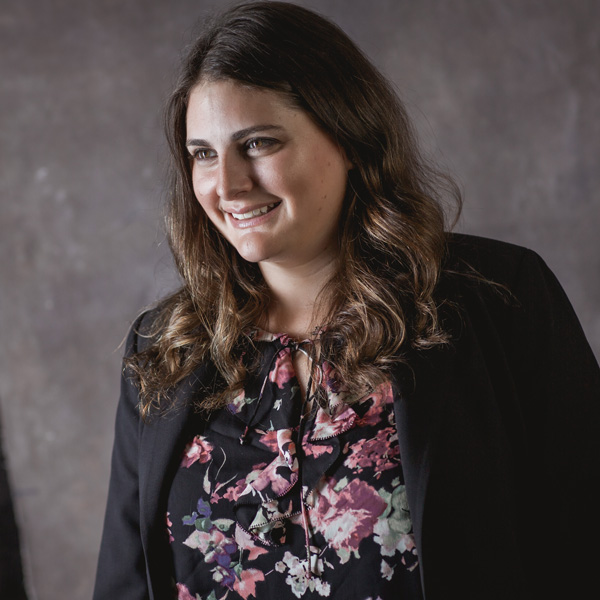 While at Temple Law, she participated in the Family Law Litigation Clinic, where she represented indigent clients through the Temple Legal Aid Office in child support and custody matters.

Laura joined Schatz and Steinberg in 2017 where she handles personal injury matters, primarily arising from motor vehicle accidents and slip/trip and fall incidents. Laura has successfully represented clients in all stages of litigation, including depositions, negotiations, motion practice, oral arguments, and arbitrations. Laura also serves as a certified arbitrator in Philadelphia County.

Prior to joining Schatz and Steinberg, Laura served as a judicial fellow to the Honorable Marlene F. Lachman in the Philadelphia Court of Common Pleas and was an associate at two law firms exclusively practicing in their personal injury departments. 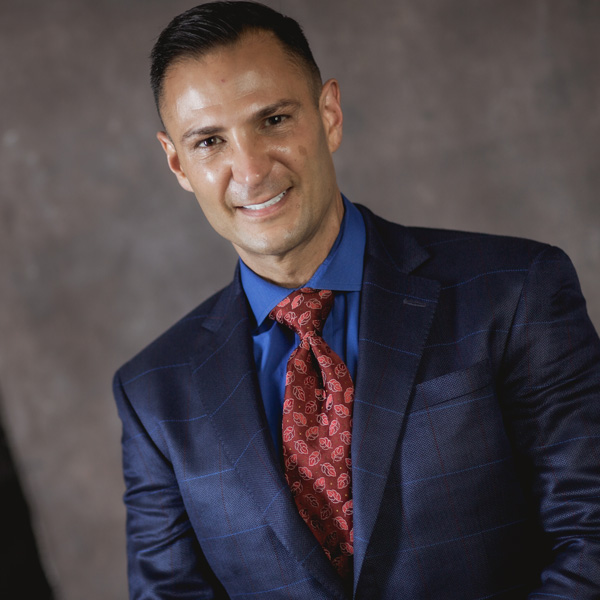 Mr. Steinberg has secured thousands of acquittals over the course of his career. Some stunning recent not guilty verdicts include a Philadelphia Police Sergeant accused of falsifying evidence, a tech 500 CEO indicted for bank and wire fraud and a dentist charged with rape. No matter the forum, Mr. Steinberg has been a tireless advocate for people wrongfully charged with a crime or injured by the conduct of others. Mr. Steinberg is one of the busiest litigators in Pennsylvania. His clients remain fiercely loyal having watched Mr. Steinberg defend their freedoms in courtrooms time and time again. Mr. Steinberg’s reputation and renowned trial skills have caused him to be a sought-after advocate in the federal courts of neighboring jurisdictions.

Philip Steinberg is a graduate of Temple University where he graduated summa cum laude earning a bachelor’s degree in Business Administration. He went on to earn his Juris Doctor from the Widener University School of Law. Following law school, Mr. Steinberg accepted a position as an attorney with one of the most prestigious criminal law firms on the East Coast where he built a reputation among colleagues and judges as a prepared and zealous advocate. Sharp, aggressive and passionate he was elected by his peers as a “Super Lawyer”. He is a member of Pennsylvania Bar Association as well as the National Association of Trial Attorneys.

In July 2013 Mr. Steinberg opened his own practice specializing in complex high profile cases. With a warrior mentality, Mr. Steinberg not only prides himself on his zealous representation of clients but maintains a commitment to return each and every phone call by the end of every business day.

Philip Steinberg is a proud graduate of Northeast High school. He was born and raised in the Mayfair section of the city. He lives in the Philadelphia suburbs with his wife, daughter and his two rescue dogs. 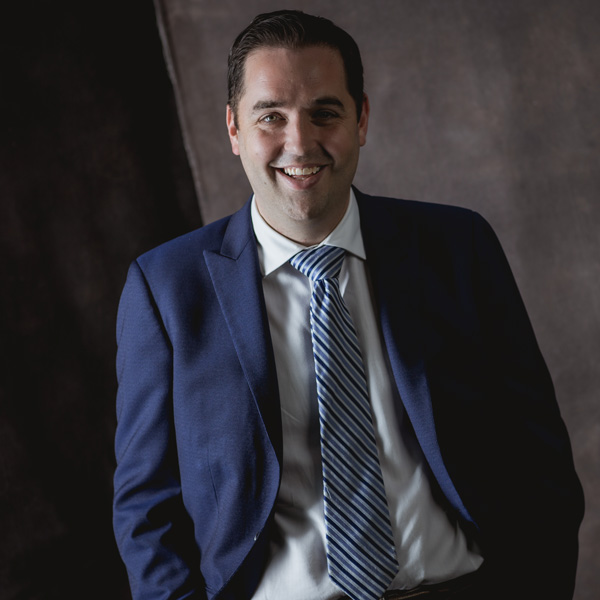 Sean Fulmer is a very enthusiastic and conscientious attorney who focuses his practice on personal injury cases including: motor vehicle accidents, dog bites, slip or trip and falls, premises liability and pedestrian and motor vehicle collisions. He is licensed to practice in Pennsylvania, New Jersey and in the U.S. District Courts of the Eastern Districts of Pennsylvania and New Jersey.

Sean is a native of Northeast Philadelphia. He graduated from Archbishop Ryan High School and earned a Bachelor of Science degree in Criminal Justice from Shippensburg University. Sean received his Juris Doctor from Florida Coastal School of Law and was admitted to the Bars of Pennsylvania and New Jersey in 2010.

Prior to passing the Pennsylvania and New Jersey Bars, Sean found many opportunities to develop his legal skills. He worked as a law clerk in the New Jersey Public Defender’s office and gained experience as an associate at several law firms in the Philadelphia area, which exposed him to various areas of law and allowed him to hone his skills in the courtroom.

Sean has effectively negotiated several six-figure settlements for his clients in Philadelphia, Bucks and Montgomery Counties. Sean continues to develop his skills and knowledge of personal injury matters for the benefit of his clients by attending classes and seminars about Spinal Biomechanical Engineering and Auto Insurance, and he has earned his certification as an Arbitrator in the Philadelphia civil court program. He is a member of the Pennsylvania, Philadelphia, and New Jersey Bar Associations, and the Pennsylvania Association for Justice.

Sean was selected as a 2015 and 2016 Pennsylvania Rising Star for exhibiting excellence in practice.  Only 2.5% of attorneys in Pennsylvania receive this distinction.

In his spare time, Sean is a sports fan, particularly a fan of football and baseball. He enjoys spending time with his wife and infant daughter. 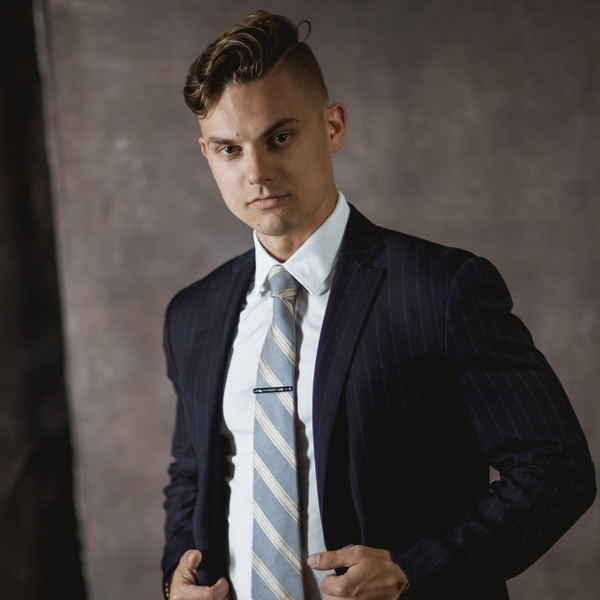 Justin C. Capek is a lifelong resident of Philadelphia, and graduated magna cum laude from Valley Forge Military Academy in 2010 before attending the Pennsylvania State University where he graduated with Bachelors of Arts in Political Science and Philosophy. Upon graduating from Penn State in 2014, Justin then went on to receive his Juris Doctor from Temple University in 2017. While at Temple, he interned at both the United States Attorney’s Office for the Eastern District of Pennsylvania, as well as the Philadelphia District Attorney’s Office. Additionally, he was awarded “Best Defense Advocate” as co-captain of Temple Law’s I.C.C. Moot Court Team at the 2017 Pace University I.C.C. Moot Court American/Caribbean Regional Competition.

Justin is a fearless, enthusiastic young attorney who began his career as an attorney with Schatz & Steinberg immediately after graduating law school in May 2017. He works closely with Mr. Steinberg in providing zealous, aggressive advocacy for each and every one of our clients. Soon after passing the bar exam in October 2017, Justin successfully litigated a motion to suppress evidence in a multiple-count, complex corrupt organizations case in Montgomery County, Pennsylvania. After spending countless hours researching applicable case law and writing his motion prior to trial, Justin successfully precluded the government from introducing extensive GPS tracking evidence obtained as the byproduct of an illegal seizure of the client’s cell phone. Out of 5 co-defendants in that criminal matter, Justin was the only attorney successful in litigating a pre-trial motion on behalf of their client.

Although his legal career has only just begun, Justin avidly endeavors to expand his skills and continues to successfully represent our clients in a variety of criminal matters in both federal and state courts of Pennsylvania. As a fiercely committed and eager litigator, Justin also assists the firm in handling juvenile adjudications, landlord/tenant disputes, small claim complaints, and traffic citations. He approaches each case as an opportunity to further sharpen his litigation skills in order provide our clients with expert legal representation in a variety of forums.

Prior to joining Schatz & Steinberg in 2017, Justin was an active soldier in the Pennsylvania Army National Guard where he served with honor and distinction until 2016. As an Infantry Team Leader with Bravo Company 2/112 Infantry Regiment, he is the recipient of the Army Commendation Medal for sustained acts meritorious service, as well as the Army National Guard Good Conduct Medal for exhibiting honest and faithful service as a leader in accordance with the standards of conduct, courage and duty. Out of over 4,000 soldiers, Justin was selected to represent the 56th Stryker Brigade Combat Team in the Pennsylvania National Guard’s “Best Warrior Competition,” and was selected as the “Soldier of the Year” for the 56th Stryker Brigade Combat Team in 2012. His extensive military leadership skills, values, and discipline have made him a formidable trial attorney despite having just begun his legal career.

As an attorney, Justin is extremely active in Veteran’s advocacy and is involved in numerous charitable organizations benefitting our nation’s Veterans. In his personal life, he is an avid sport fisherman, car enthusiast, and devout Philadelphia sports fan.

Do I need a lawyer for a preliminary hearing? S. Philip Steinberg

As recently reported by the AP on USNews.com and the Bucks County Currier Times, Schatz [...]